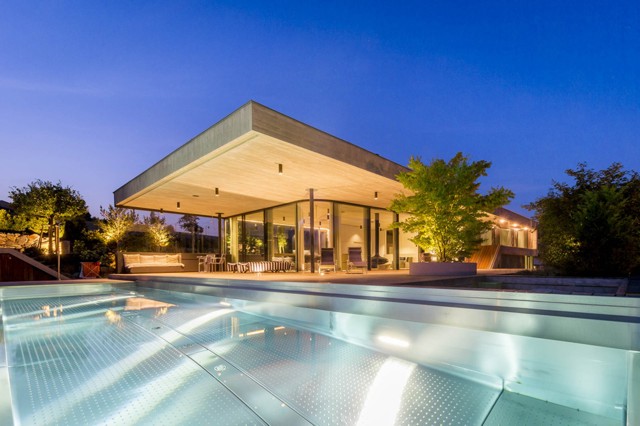 Located on the periphery of the city, the plot of land offers a spectacular view of Linz, as long as one builds high enough to be able to gaze over the neighbouring properties. That is why the ground storey lies about 6m above street level – withthe pleasant side-effect of allowing the garden area to adjoin the living areaon the same level to the west and north, despite the extremeslope.
Since regulations only permitted constructionup to a maximum of 200m²per storey, it was not so easy to accommodate a spatial plan for a five-person family , especially since all the primary functions were to be arranged in the living area; an upper storey was not desired.
Only the children’s section has a further level; each of the children’s rooms received a gallery with an adjoining children’s balcony, obtained through stacking above the access and sanitary level.
The main entrance (which at the same time serves as a drive leading to the spacious garage area) cuts spectacularly into the embankment, while a single-run stairway leads from the entrance to both the living storey and the cloakroom and wellness area, which is set off somewhat from the entrance. The sauna opens uponto a discreetrock garden on the northern part of the property.
The dark golden brown of the mosaic tiles on both the interior and the facade match the fair-faced concrete surfaces produced from roughly-cut shuttering; the projecting cantilevered roofcovers wide-ranging terrace areas, with wooden flooring that continues fromthe spacious halls in the living areas. The inner and outer living areas are only separated by delicatefull glazing, large parts of which can be opened. 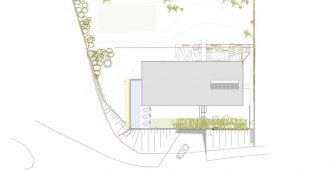 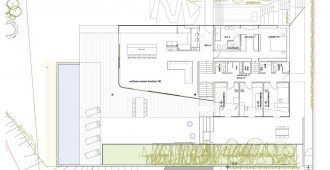 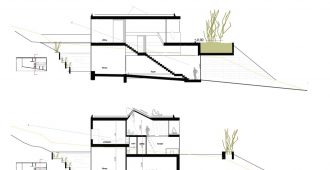 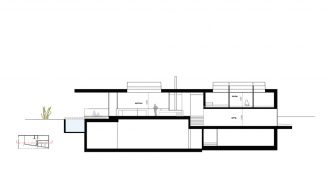 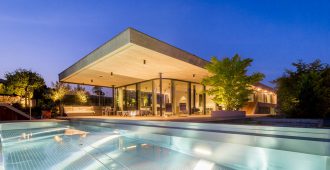 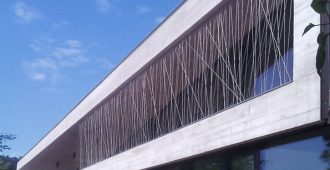 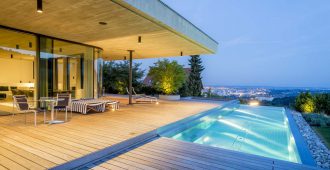 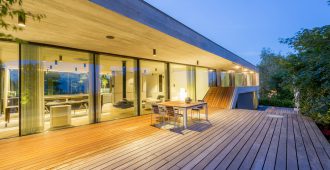 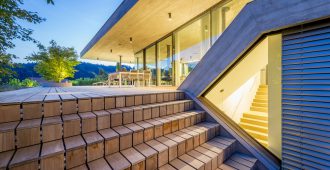 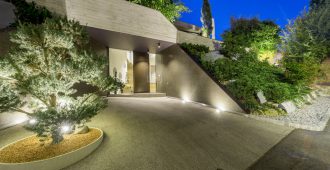 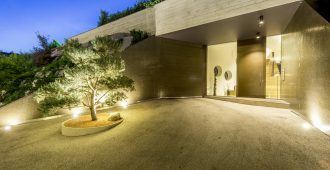 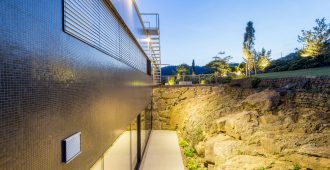 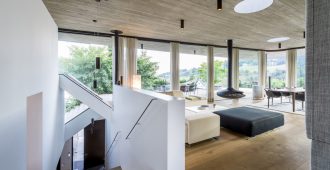 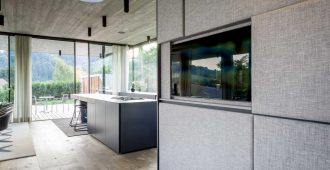 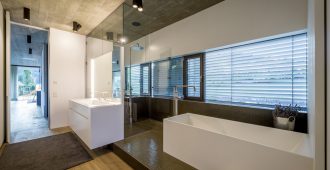 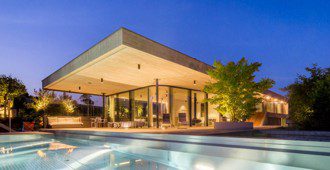