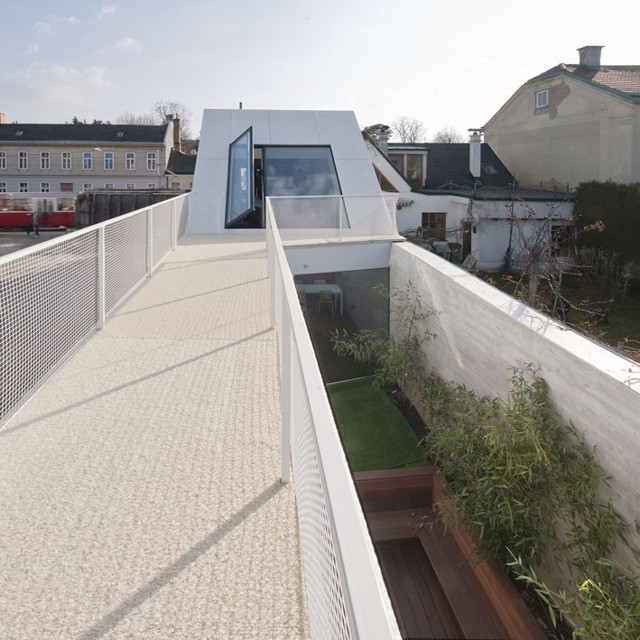 In its design for the housing project CJ5, Caramel tackles the question of sustainable urban density on the outskirts of Vienna.
Building heights of between 4.5 and 7.5 metres are permitted for the type of building prevailing there, which allows for the construction of estates of two-storey detached or terraced houses. On the one hand, they display a high individual quality of life, with adjacent gardens and terraces on the living level, but on the other hand they result in very high space requirements due to their low floor area ratio FAR (= usable living area / property area) of 0.2 to 0.4.
From an infrastructural and space-saving perspective, it would be worth striving not only for a denser flat construction style (FAR 0.4-0.8) for these areas, but also a FAR of 0.8 to1.2, which at present is only achieved by means of densely built multi-storey apartment blocks.
With the pilot housing project CJ5, Caramel Architects have completed a project which both maintains the qualities of the single-family house, with a generous garden and terrace on the living level, and attains a FAR of 1.0. It is therefore more densely constructed in comparison to a multi-storey apartment block which comprises several units, but does not have any direct connection to the exterior space > see visual ‘Site plan and floor area ratio’
This has been made possible by means of a narrow floor plan layout of 5 x 35 m, with a three-sided firewall to allow the possibility of direct extension, an internal connection between the living levels, a central atrium garden and focused horizontal and vertical lighting areas.
From the outside, one enters a relatively enclosed white spatial sculpture, which then continues to open up vertically as one proceeds from the studio / garage in the entrance area to the living area and atrium garden. In this way, an internal set of very spacious interlocking rooms is developed, despite the narrowness of the property.
The external white cube is continued as an inner white cube in the studio / garage and in the basement cinema. In the case of the living and office area located behind, the interior and exterior are connected by means of continuous fair-faced concrete surfaces with a boarding look on the walls and ceilings, as well as continuous wooden floor coverings running in the same direction as the visual effect of the boarding on the walls. This creates a spatial continuum which extends via the central kitchen landings as part of the landscape of the staircase (CJ5 = Cooking-Jay-5m wide) and the studio, to the bedroom area on the upper storey. The bathroom and toilet, which are adjoined at the side, are then respectively developed as separate islands of colour, using tiles of the smallest possible format. The ‘room in room system’ creates views through all the rooms of the living and office areas and out onto the central external element, the garden atrium.
As far as energy is concerned, the house is almost completely independent. It supplies its own needs from photovoltaic panels on the south-facing areas of the roof, and from an air-to-water heating pump. It has also been developed as a low-energy house with respect to its insulation values (heating requirements 41 kWh/m²/a). 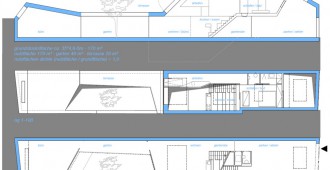 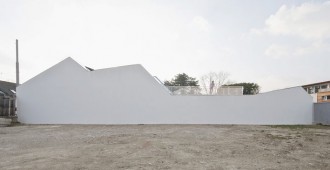 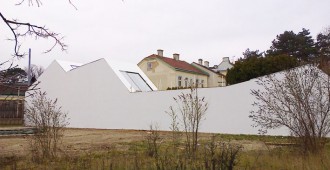 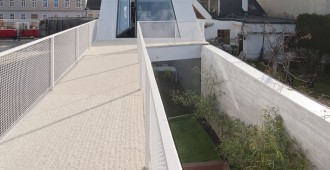 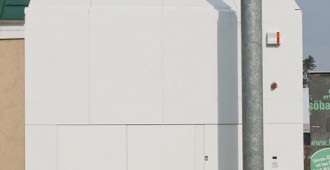 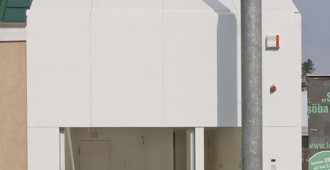 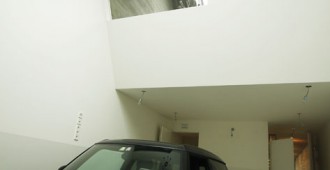 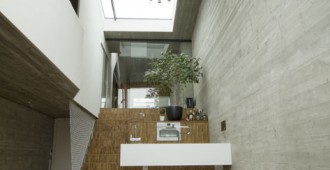 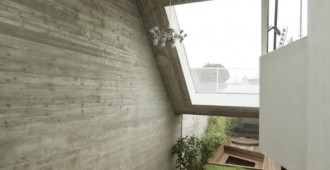 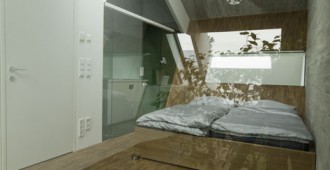 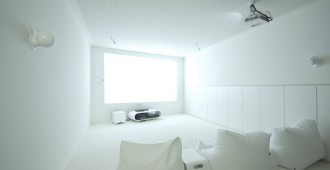 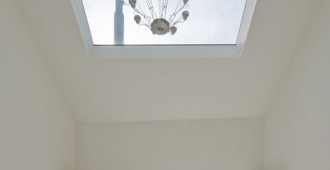 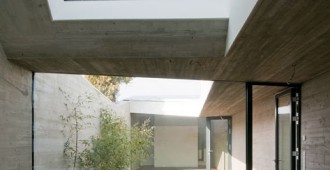 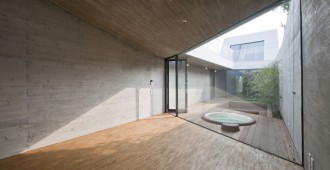 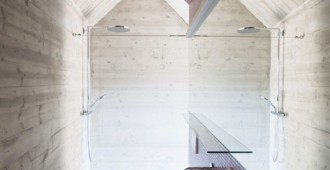 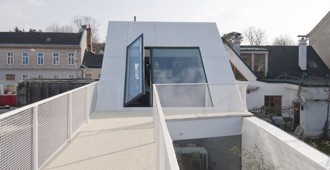